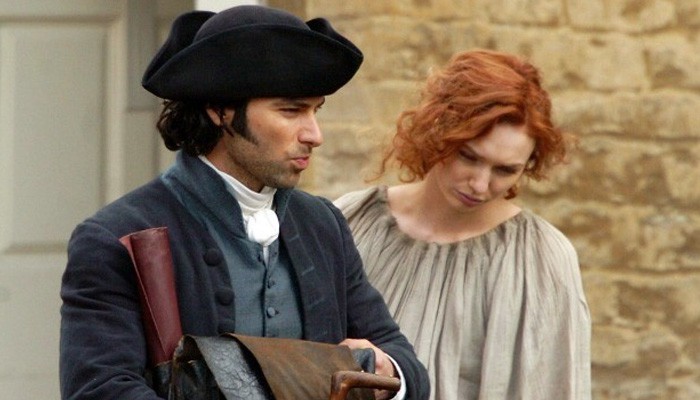 Corsham’s High Street has been transformed into 18th century Cornwall for the filming of Poldark this week.

Set workers were busy in the town yesterday ready for filming the remake of the hit BBC TV series from today through to Thursday.

Shooting for the BBC remake of Poldark, the period drama which set hearts racing in the 1970s, will take place at the bottom end of the High Street and outside the Town Hall, with the road closed to all traffic.

Few TV productions have been so closely linked with a geographical location as the 1970s hit series Poldark was with Cornwall – a national newspaper recently claimed: “Poldark was the TV drama that gripped a nation, redefined the genre, and created a tourist boom in Cornwall which is still being felt nearly 40 years later…”

The Flemish Weaver pub has been transformed into the Red Lion, other businesses have had their frontages transformed back to the 18th century, and horses and carriages will take the place of cars over the next few days.

Traffic may also be held for up to three minutes at a time on Priory Street, to prevent cars appearing in the background of the shot.

The remake, which stars The Hobbit actor Aidan Turner as mine owner Ross Poldark, will be shown on BBC1 next year.